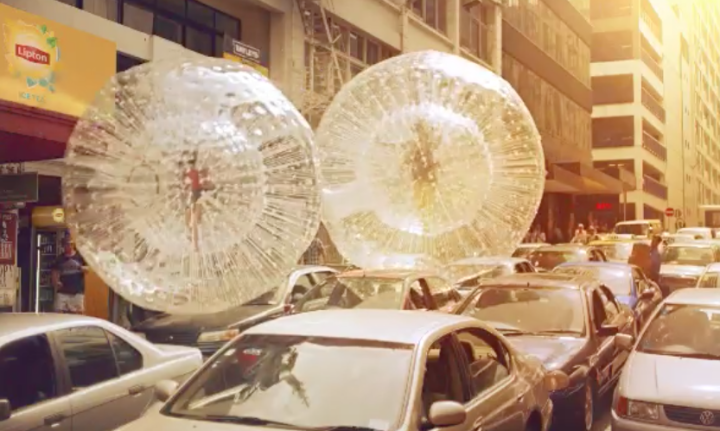 Stink directing duo, NeO, shot a campaign for Lipton Iced Tea with Big Pictures at the start of the southern summer. The commercials were made with adam&eveDDB London and featured an epic cross town journey by two ‘zorbers’ keen to escape soaring temperatures and traffic gridlock to get to the beach and a refreshing bevy. The series were shot over six days in Auckland and on nearby beaches.